You might miss the windows of a building on 27th and Larimer, but above each of them is a lintel, a horizontal support stone. Three businesses here have taken this symbol as a motif. Though they share a name and a logo, the head shop, bar and kitchen couldn’t be more different. Originally built in 1895, Meadowlark got its start in 2000, years before RiNo, and acquired its liquor license in 2005.

The building owner, a South Dakota native, knew he wanted a music venue, so he named it after a regional bird: “If I did this work by the ocean, it would’ve been a bird that walks by the ocean. But the meadowlark has a sweet song that it sings in the plains. (Everything with me is about the plains—I love the plains). The bird’s song sounds like ‘The farmer wants his wheat to grow.’ It doesn’t live in a tree. It lives in the ground, and the bar’s underground.”

Erica Beegle (pictured below in Meadowlark patio) has worked at Meadowlark Bar for more than half of its 14 years, starting behind the counter and working her way up to Bar Manager. She felt supported when she decided to pursue an education degree; the owners encouraged her dreams and accommodated her class schedule. After graduating and spending time in the classroom, though, she decided that she belonged back at Meadowlark. “It really does feel like a family here,” she says.

The Meadowlark Bar’s music has evolved, an ongoing conversation with bar patrons—always with a jazz night and a regular open mic. For a long time, it was known as one of Denver’s best spots for hip-hop. Recently, Erica says, they’ve expanded their DJ offerings—from ​The Swallow​, their monthly queer dance party (and riff on the bar’s name), to Pretty Poison, an 80’s music dance party from Sarah Splatter. 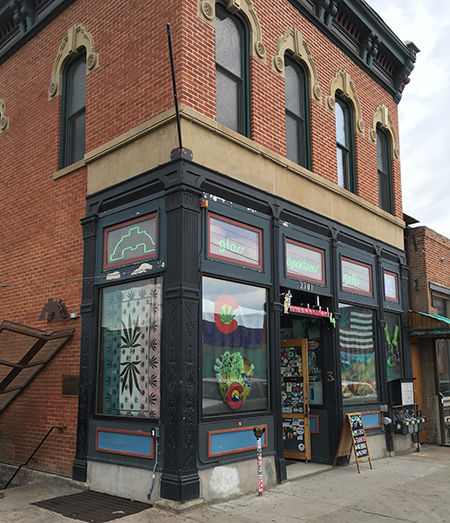 Today, though, Damon is happy to do business in RiNo. Surrounded by multiple dispensaries and cannabis co-working space ​Cultivated Synergy​, he sees a steady stream of customers every day. (He politely broke away a handful of times to help customers during our brief interview). Meadowlark 64 has a wide range of gifts and vapes, as well as an enormous collection of glassware—American made, Colorado made, and imported—at every price point.

Once a guitar store, Meadowlark Kitchen opened its doors in 2014 with a focus on Colorado-sourced food. “It’s food that I want Denver to be proud to call its own, food that I’d love to sit down and eat and share with friends, and food that’s created so that you’ll get everything you want in one spoonful or stab of the fork,” cofounder Joshua Bitz told Zagat.

Meadowlark Kitchen has always honored the Five Points neighborhood, and they were an early exhibitor of Thomas “Detour” Evans (top photo). His murals and “Abstract Pop” series, colorful portraits of cultural icons and luminaries, graces the walls, even garnering commissions from the likes of David Letterman and Nuggets players.

On the table, however, Meadowlark Kitchen truly shines. They’re famous for their Meadowlark Burger, a mouthwatering combination of bacon, onion ring, poached egg and jalapeño bacon confit, smothered in Irish cheddar sauce. Their cocktails are bright and playful, one named after local street artist and entrepreneur DINKC​ ​features​ ​Gin, Amaro, Orange, Coke. And since Meadowlark Bar stays open til’ 1 a.m., anyone enjoying RiNo’s nightlife always has a good meal and a strong drink at their fingertips. 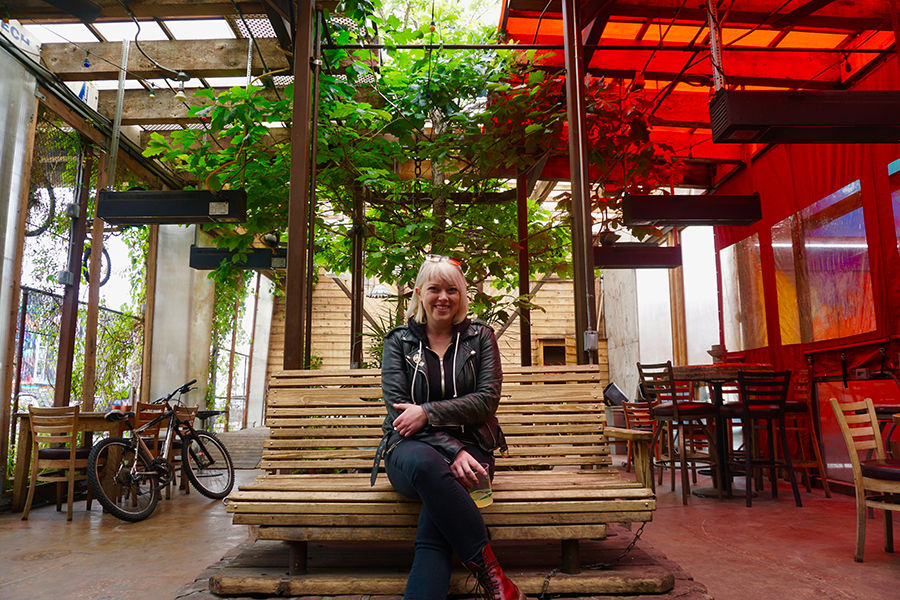