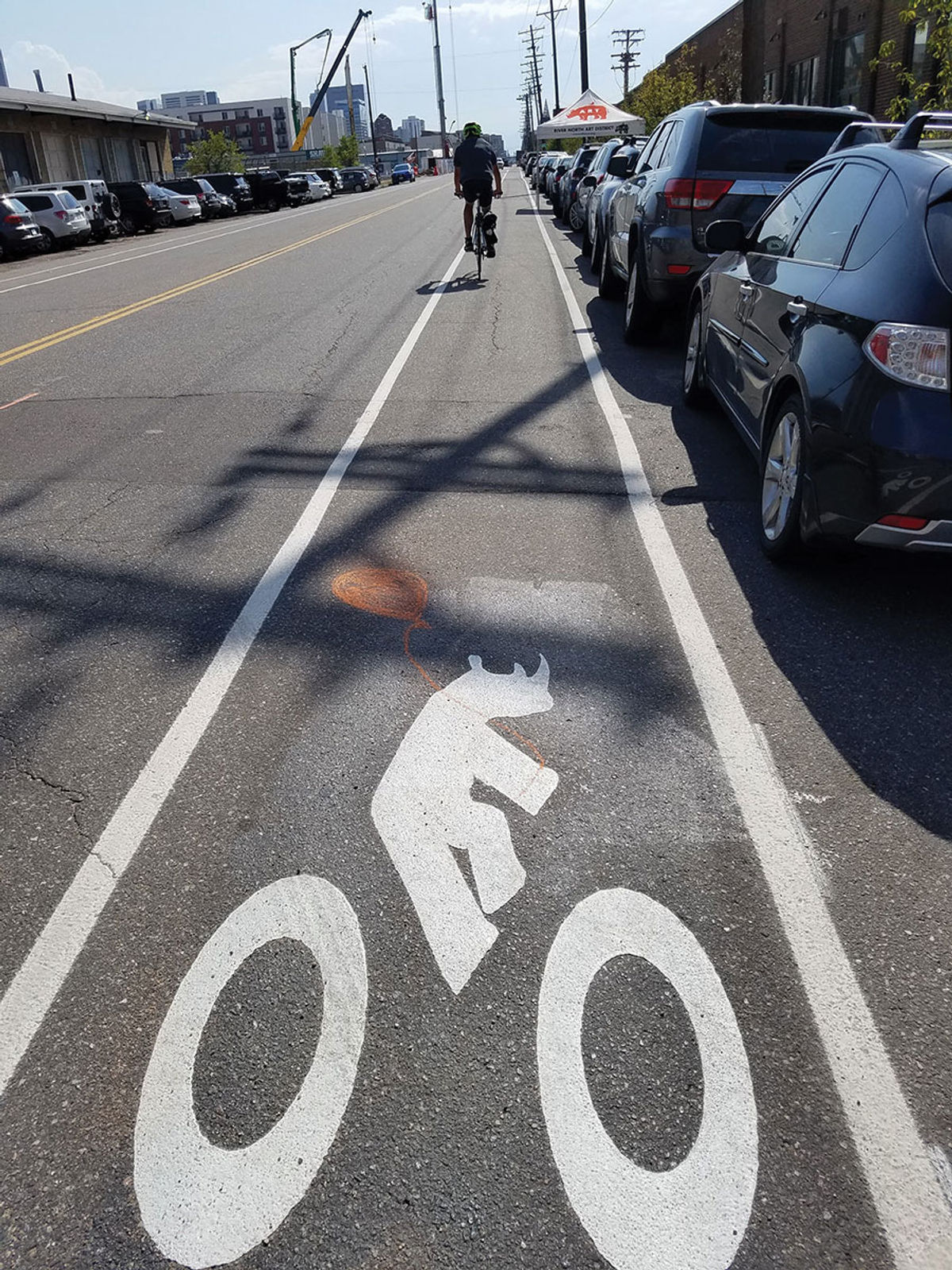 Through the brainstorming process on Brighton Boulevard, district stakeholders hatched the idea to do something different with the many bike lanes that make up district streets. The district is in the process of installing custom bike lane markers that have our beloved rhinoceros riding a bike instead of the traditional human imagery. During the Blake Street two-way conversion in the Summer of 2016 the RiNo Business Improvement District funded this treatment to the bike lanes on Blake Street.

The RiNo Art District is the first community in the Denver Metro area to have their own custom bike lane art work. Now, other communities around the area are considering doing their own take to help transform their own communities. In 2017, dedicated RiNo bike lanes were installed on Broadway at the Broadway Viaduct. RiNo Bike lanes are also slated to be installed along Larimer St. and Brighton Blvd. in 2018.