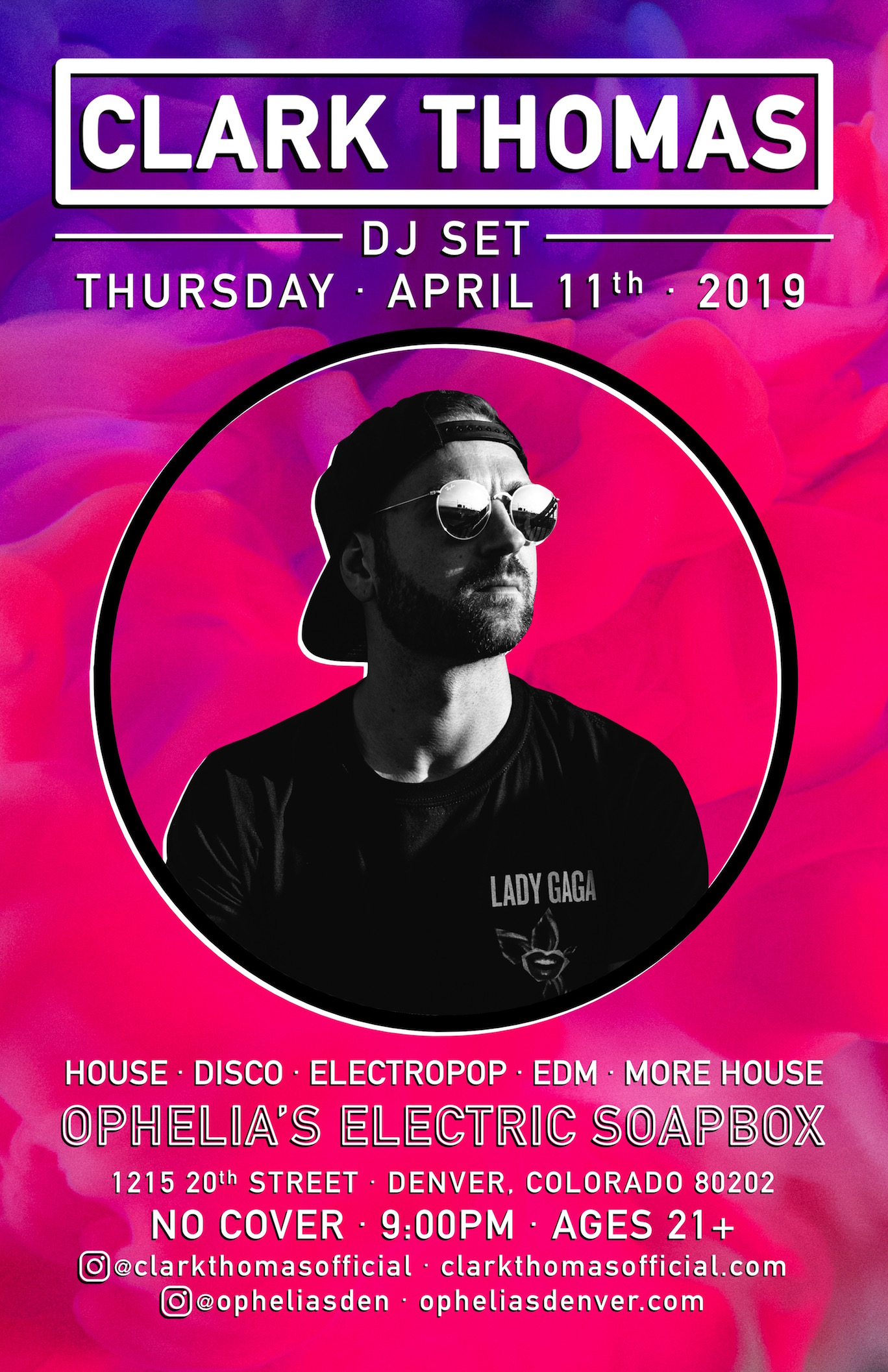 Clark Thomas will be back at Ophelia's Electric Soapbox to perform 9pm–late · No cover!