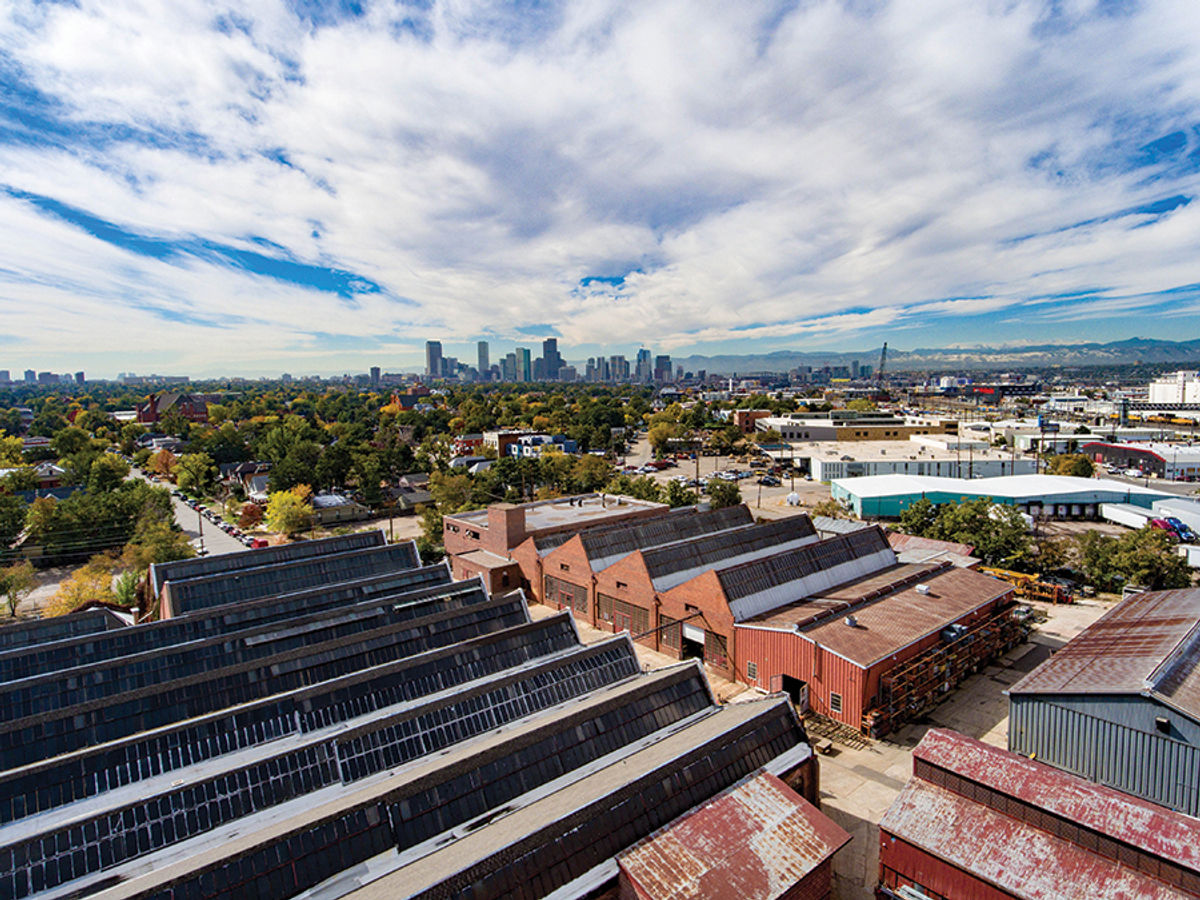 —by Mike Dugan and Jeff Allen of the Cole Neighborhood Association, for the 2018 Field Guide

Cole is one of Denver’s oldest neighborhoods and its history began in 1871 with the platting of Ford’s addition to the City of Denver. Two brothers, Hiram F. and William R. Ford, who were cattle ranchers in the area, drew out the first boundaries at 32nd Avenue, Downing Street, 35th Avenue, and High Street. The neighborhood then officially became part of the City of Denver under the Territorial Sessions laws of 1874. Originally referred to by its subdivision names of Ford’s (1871), Riverside (1871), Hyde Park (1881), and Provident Park (1885), the neighborhood, as well as its junior high school, would later be named after Carlos M. Cole, an early superintendent of Denver Public Schools.

Cole developed rapidly due to the expansion of the surrounding industry in the Platte River Valley and development generally moved from southwest to northeast. By 1900 half of the residential blocks had been built and by 1930 the neighborhood was completely developed and the boundaries extended to 40th Avenue and York Street. The majority of the early settlers were Western European immigrants. Most worked at nearby rail yards, smelters, stock yards, and warehouses that supported the early Colorado mining economy. Later in its history Cole would become even more diverse and be home to a predominantly Latino and Hispanic population.

Today, Cole is a vibrant and thriving urban enclave. It is perfectly situated close to downtown at the edge of RiNo and steps from RTD’s A-line commuter rail and D-line light rail trains. The neighborhood boasts a diverse array of restaurants, shops, churches, schools, nonprofits, and parks. There are a variety of architectural styles making up the majority single family homes in Cole including Victorians, Queen Annes, bungalows, and Denver Squares, to name a few. Cole proudly maintains a residential vibe right in the heart of the city.

Mike Dugan currently serves as the president of the Cole Neighborhood Association and loves living in such a diverse historic neighborhood.

Jeff Allen has lived in Cole for over 10 years and has served the Cole Neighborhood Association as both its President and Leader of the Block Captains.