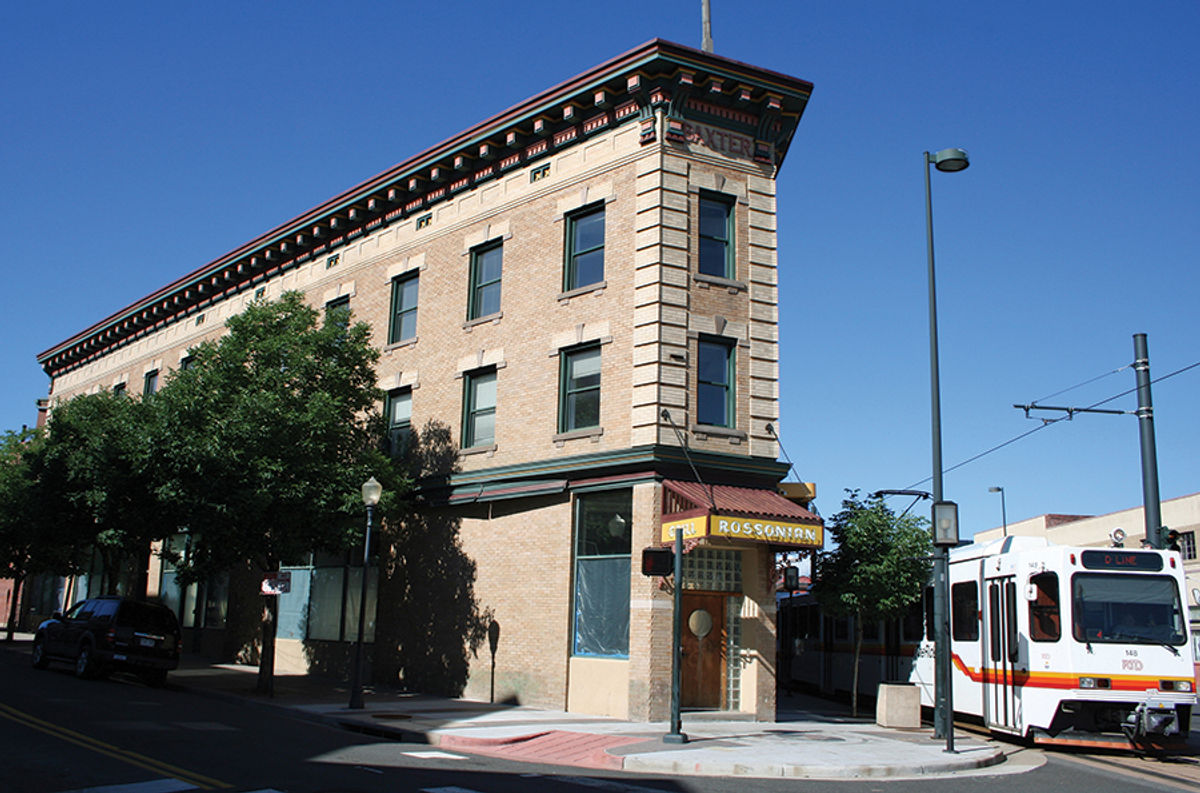 THE “HARLEM OF THE WEST”

Five Points is considered the “Harlem of the West” due to its long jazz history. It was the first predominantly African American neighborhood in Denver, and in the ’30s, ’40s and ’50s, was home to over fifty bars and clubs, where some of the greatest jazz musicians performed, such as Billie Holiday, Duke Ellington, Miles Davis and many others.

Two prominent places served as the hub. The Rossonian Hotel (above), constructed in 1912 as the Baxter Hotel, sat at the heart of Denver’s Five Points community. With the name change in 1929 and the establishment of the Rossonian Lounge, the hotel became one of the most important jazz clubs between St. Louis and Los Angeles. Jazz greats such as Duke Ellington, Louis Armstrong, Count Basie, Nat King Cole, George Shearing, and Dinah Washington stayed at the hotel and entertained in the Rossonian Lounge between their major Denver engagements. These shows were often staged after the musicians finished their scheduled performances at the same Denver hotels that refused them lodging due to the racial segregation existing at the time.

In addition to the Rossonian, Benny Hooper in the 1930s opened the Casino Dance Hall, eventually known as the Casino Cabaret, next door to the Ex-serviceman’s Club. The Casino evolved into a two-story hall with balcony seating for 1,000, a 40-foot-long bar, and a huge hardwood dance floor. At the time, it was the largest and most luxurious of all the Five Points jazz clubs. During the good years, the Casino swung to the music of Brook Benton, James Brown, Ray Charles, Fats Domino, George Morrison, Muddy Waters, and other musical legends.

Today, Five Points is an emerging multi-cultural entertainment and business district rooted in African-American history and poised to become a destination for arts, culture and entertainment. Located along a light rail corridor on the northeast edge of downtown Denver, the district offers quick access to downtown and adjoining neighborhoods. Numerous re-development and transportation studies have been completed over the past two decades to revitalize this area to its culturally vibrant state.

Five Points’ African-American heritage is celebrated by the Black American West Museum and Heritage Center (right), the Cleo Parker Robinson Dance Ensemble, as well as the Blair-Caldwell African American Research Library (below). Several African-American churches and businesses are still landmarks in the community. Each year Denver’s Juneteenth and Five Points Jazz Festival draws over 50,000 people in attendance to celebrate its history and music.

The Welton St. commercial corridor is the focal point and central gathering place for the surrounding neighborhoods of San Rafael, Curtis Park, Cole, Whittier and the broader Five Points community.

While the area’s demographics are changing, the metro area’s African-American community still considers Five Points to be its historic center and symbol. 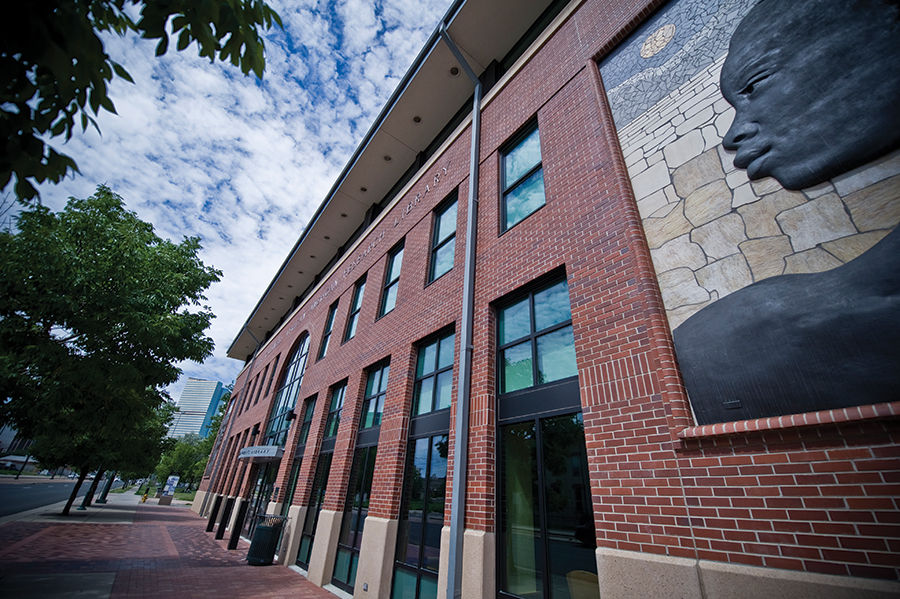 Tracy Jenkins Winchester is the former Executive Director of the Five Points Business District where she was responsible for initiating commercial redevelopment opportunities in Historic Five Points located in downtown Denver, Colorado.

Over the years, Ms. Winchester has received national recognition for leadership from numerous organizations including the National Association of Women in Cable & Telecommunications, Cable TV Public Affairs Association, CTAM, and the Walter Kaitz Foundation. In 2009, Ms. Winchester received the Colorado Martin Luther King Humanitarian Award and her cable career was included in the national Cable Center’s Hauser Oral and Video History Collection.