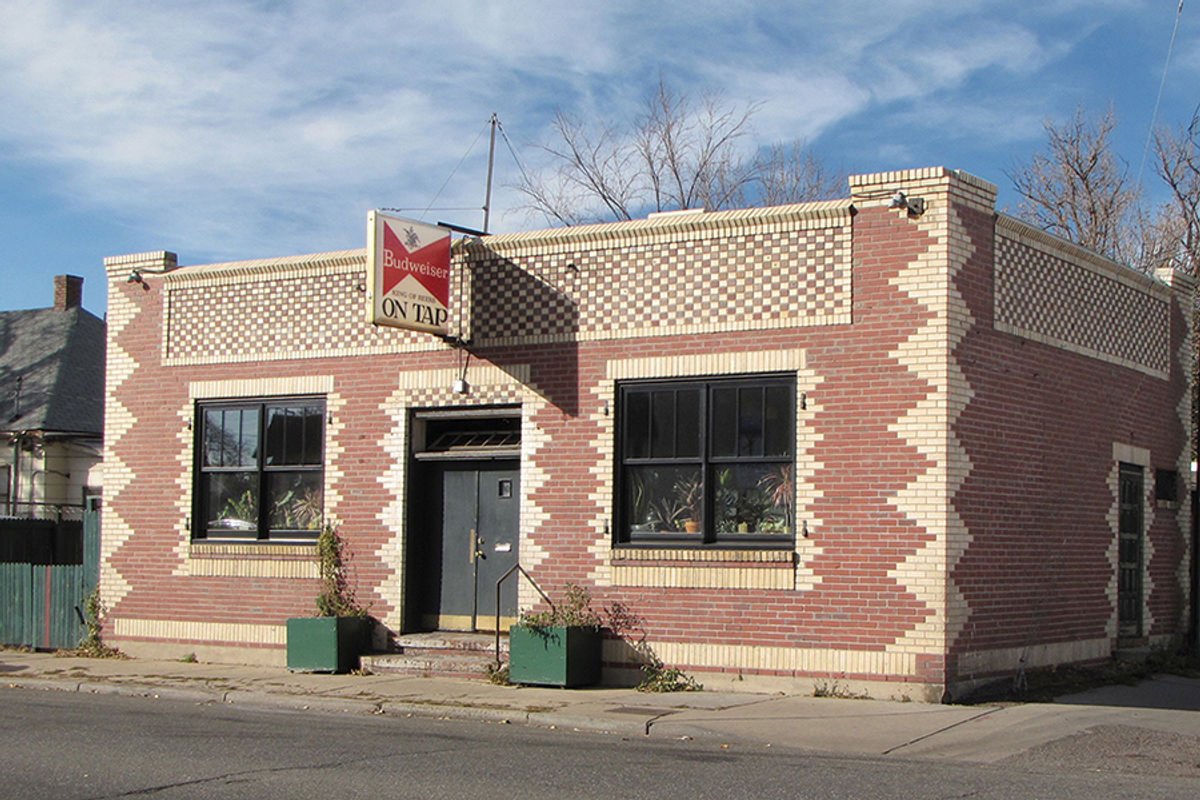 —by Mary Lou Egan, Globeville Historian, for the 2018 Field Guide

Each day, commuters navigate I-70 and I-25 through Denver’s Mousetrap without a glance at the neighborhood below. There isn’t time to read the Polish inscription on the steeple of St. Joseph’s Church or view the tiny homes immigrants built. But Globeville has stories to tell. A little history and a walk through the community will bring them alive.

Globeville was settled between the late 1880s to the 1920s by immigrants from Eastern Europe and Russia, who traded the hardships they had known in the old country for new lives in an industrial town. They found jobs in the area’s smelters, foundries, brickyards, meatpacking plants and railroads and created institutions that would support each other: ethnic taverns, fraternal organizations, churches and religious schools. Everything important—family, jobs, church, school, and fraternal lodges—was within walking distance. People seldom left the neighborhood (or needed to) making Globeville a tightly knit, small town where everyone knew and cared for each other.

These original ethnic groups remained remarkably intact until after World War II, when prosperity and VA loans lured returning veterans to new homes in Denver’s suburbs. The construction of Interstates 25 and 70 displaced more residents and created doubt about the future of the neighborhood. As descendants of the original settlers moved out, Hispanics and blacks took their place, finding jobs within walking distance in the area’s major industry, meatpacking. What remained constant was a sense of respect and neighborliness.

To experience Globeville, exit I-70 at Washington, head north one block, then turn west on 47th Avenue to Logan Street, and park at Argo Park. The legacy of Globeville’s early settlers can be seen in the three churches located on Globeville’s north side, each with a century of memories, as well as lively present-day congregations. Visit parish web sites for hours of worship, and dates of ethnic celebrations.

Carpatho Russians built Holy Transfiguration of Christ Orthodox Cathedral at 349 East 47th Avenue in 1898 (its three bells were a gift of the last czar). The interior glows with icons, and current Orthodox parishioners continue festivals that are an extravaganza of food, entertainment and crafts. www.transfigcathedral.org

Cross to Globeville’s south side by walking along Lincoln Street where artists have used I-70 as a canvas for their vibrant murals.

At 321 E 45th Avenue, Fort Greene (above) replaced a former Slavic watering hole, the Portulaca, but has maintained the vintage vibe with tavern food and cocktails. www.fortgreenedenver.com

All streets feature the small houses, barns and sheds built by immigrants (below), as well as the grottos, whirligigs, and sculptures constructed by current residents.

Any community that has existed since 1891 has seen a lot of changes. Today’s residents hope to maintain what makes their community special: A diverse ethnic heritage, affordable homes, blue-collar work ethic, and small-town neighborliness.

Mary Lou Egan is a fourth generation Coloradan, Globeville evangelist and historian. Her grandparents settled in Globeville in 1902 and her interest in the neighborhood stems from listening to their stories. She hopes to get her history of Globeville published soon. (Photos by Mary Lou Egan)