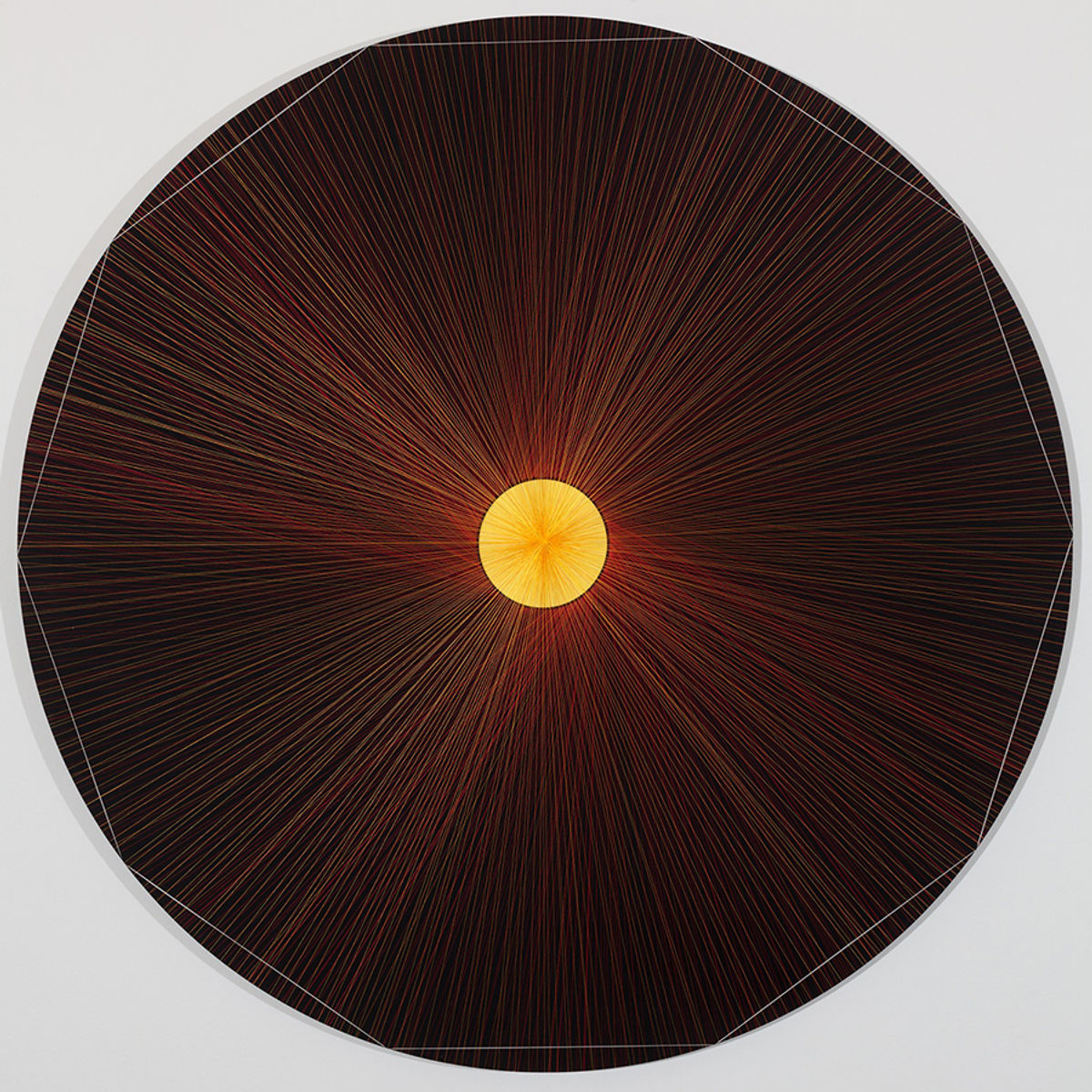 RiNo Artist, Jeff Richards, has opened a new exhibition of work at Mile Hi Church in Lakewood, featuring his latest series based on an exploration of the 7 chakras originating in the Hindu tradition. The work is up until December 10, but can only reliably be seen Sundays 8am-2pm (attending a service is optional).

According to many spiritual traditions throughout history there exists an invisible layer generally referred to as subtle energies that underpin and support our physical being. Undetected by current scientific technology, these energies are purported to be the essential life force or élan vital which endows us and all sentient life forms with the basic power to be alive and function. Hidden structures and pathways within, throughout and around our bodies make up the infrastructure through which these energies (known in Chinese acupuncture as chi and in Hindu traditions as prana) travel and interact with the visible, measurable physical world, comprising in totality what is referred to as the ‘subtle body’.

For most of us these energies work beyond our conscious awareness and go about their processes undetected. Though veiled, this subtle body can be amplified, rise to the surface and more actively engage with our conscious awareness. Whether through esoteric studies, personal volition or grace these energies can be made known in new and heightened forms, opening us to possibilities we could not have previously imagined.

This is indeed what happened to artist Jeff Richards nine years ago, quite out of the blue and without any conscious intent on his part. Subsequently it became obvious to him that nothing would be the same in his life – and it hasn’t been.

The work in this Mile Hi Art on Loan Project exhibition is an artistic exploration of the subtle body based partly on the traditional Hindu chakra system, partly on other symbolic codes, and most importantly on Jeff’s observations of the phenomenon of the subtle body amplification within himself over time. The intention is to share the experience and stimulate interest in this amazing and profoundly compelling reality of possibilities inherent in all of us.