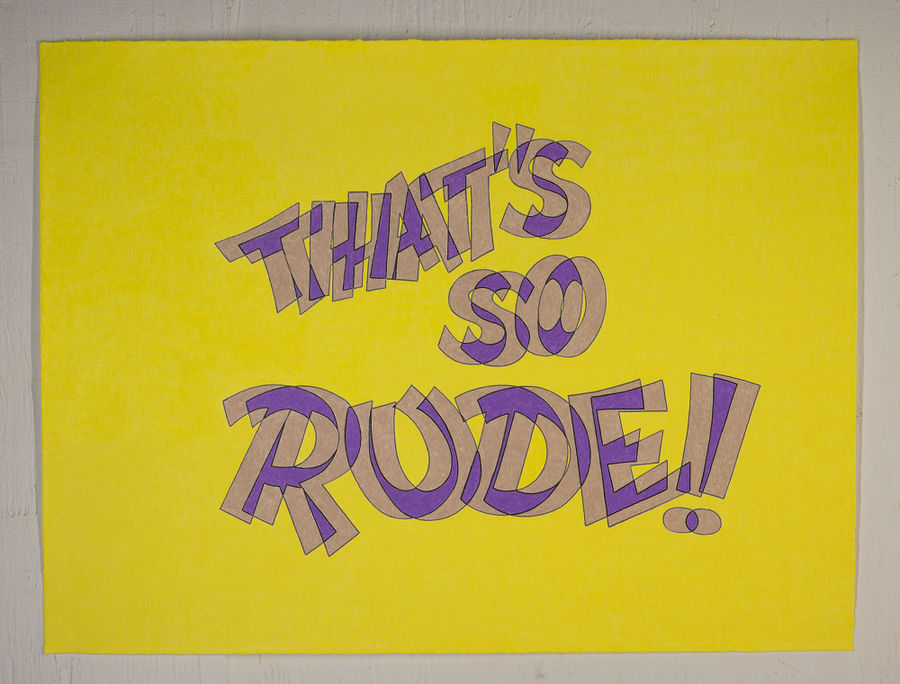 Lane Meyer Projects is proud to present Bologna Hell, by Colorado-based artist Paul Keefe. For his third solo exhibition with the gallery, Keefe invites viewers to join him in an investigation of time, conspiracies, mysteries of floating shelled peanuts, and the nature of reality itself.

Through the investigative tools of colored pencil drawings and video, Keefe balances opposing coexistent realities. After an impactful trip to the Utah desert in early 2022, Keefe became aware of time in its unfathomable enormity. Stone arches carved, molecule by molecule, from exposure to wind and rain represent a mere blink in the chasm of geologic time. From this confounding experience onward, Keefe has delved into the findings of others who have noticed blips or aberrations in the supposed shared truth of time.

Awakened to the potential of widespread time distortions, Keefe explores theories such as the Mandela Effect, a term coined in 2009 by paranormal researcher, Fiona Broome, to describe the discrepancy between her recollection of Nelson Mandela’s 1980 death and the official record of his death in 2013. Many others shared this false memory with her, and the Mandela Effect became the umbrella term for pop culture events that are misremembered on such a scale that the narrative of time and record keeping is brought into question. Some examples of the Mandela Effect are as follows:

With, or without, the spinning hands of the Bologna Centrale Station clock, time marches onward. However, reality consistently presents itself differently to some. At present, it is undisputed that we find ourselves in Bologna Hell with Paul Keefe, wherein each of us must seriously consider the reality that contains us.

Paul Keefe is a conceptually-based artist currently living in western Colorado. His drawings, sculptures, and videos are concerned with themes of value, beauty, humor and time. He received a Bachelor of Fine Arts from Colorado State University and a Master of Fine Arts from the University of Kansas. In 2017, he participated in the Artist in Residence program at the Atlantic Center of the Arts and in 2022 he was awarded a fellowship from the Aspen Art Museum.