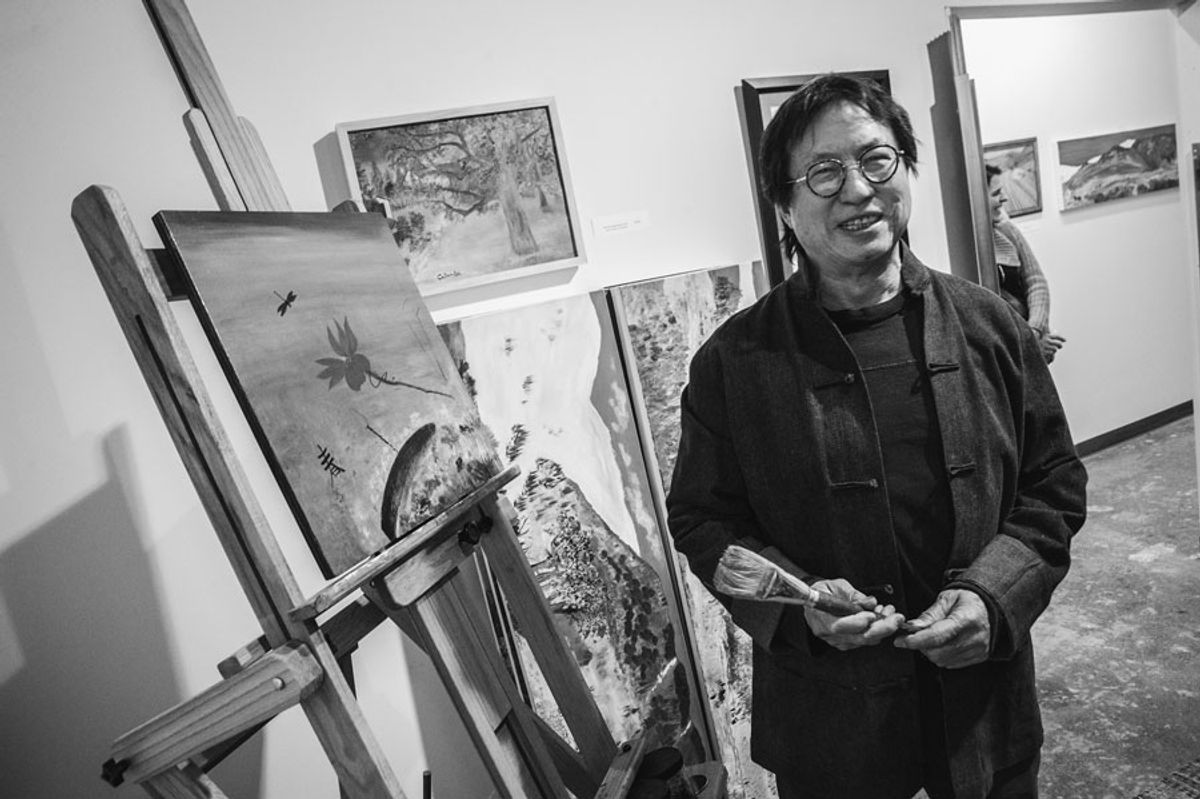 Bindery on Blake: A Model of Inclusive Adaptive Reuse

A Model of Inclusive Adaptive Reuse

Throughout Denver, warehouses are being razed to make room for restaurants, breweries, and shared workspaces, so it’s not surprising that Sonia and Barry Danielsen of Danielsen Investments got their share of offers for an 80-year-old property and its neighboring building at 2901 Blake. They didn’t bite; instead, in 2014 they began redeveloping Bindery on Blake, an adaptive reuse initiative that has retained the buildings’ history and character and breathed new life into them.

Constructed in 1927 as a foundry for Magnus Metals, the “Sandbox” now houses 13 affordable artist studios, an architecture firm, an ad agency, two showrooms, and the RiNo Art District headquarters. The 46,000-square-foot space has 30-foot ceilings, brick walls, and clerestory windows that let in lots of natural light.

The artist studios are renting well below market rates. “Artists made this neighborhood what it is, and as property values rise we have to do what we can to keep them here,” says Sonia, who also serves as secretary of RiNo’s Business Improvement District board.

In the “Juicebox” beverage manufacturing warehouse next door, The Rackhouse serves its famous mac and cheese on the mezzanine, which overlooks huge brewing vats for C Squared Ciders and Bierstadt Lagerhaus. Patrons enjoy floor-to-ceiling views of the mountains and downtown. The space embraces the building’s raw, industrial feel. For example, salvaged printing press machinery has been retrofitted as tables, room dividers, and a hostess stand.

Says Rackhouse owner Chris Rippe, “We created an open concept where people can experience a cider house, brewery, restaurant, and bar in one space. I can’t think of a better place in the city to be right now.”

Sonia’s family roots in RiNo go back to the 1920s, and her father bought the historic foundry in 1976 for the family’s business, Eastwood Printing. (It’s fitting that one of the Bindery studios is home to Acorn Book Binding, a custom binding and repair shop.)

Says Sonia, “We’ve been here a long time, and we’re making a long-term commitment to this community. A bindery is a place where books are bound, and Bindery on Blake is a place that brings people and ideas together. The common thread is creativity—creating buildings, art, food, and drink. If I had waved a magic wand two years ago, I would have asked for what I have now. I got exactly what I wanted.”

A trial attorney for 40 years, Calvin Lee launched his artistic career by accident. When he had several pieces of his calligraphy framed, the framer recognized the quality of the work and spread the word. Calvin’s paintings were soon carried in galleries throughout the west.

For the past 15 years, Calvin has worked with ink, oil on canvas, and watercolor on paper and rice paper. He paints landscapes, nudes, and still life, many focusing on struggle and strength of spirit. A recent work of social and political commentary, “A Mushroom Blooms,” depicts a mushroom cloud over Hiroshima with his original haiku in Chinese calligraphy.

Musician, author, and part-time Presbyterian pastor Tim Mooney started painting about 20 years ago with simple watercolors, then began using acrylics. Acrylics has been his medium ever since.

Tim is drawn to geometric shapes, realistic figures, landscapes, and abscapes, his term for landscapes with abstract elements. In his abscapes, urban scenes are pushed up against rural lands, taking the buffer of the suburbs out of the equation. He’s captivated by the vital conversation between civilization and nature.

Says Tim, “I love being part of RiNo’s eclectic art scene. I especially love the Bindery’s generous spirit of support.”