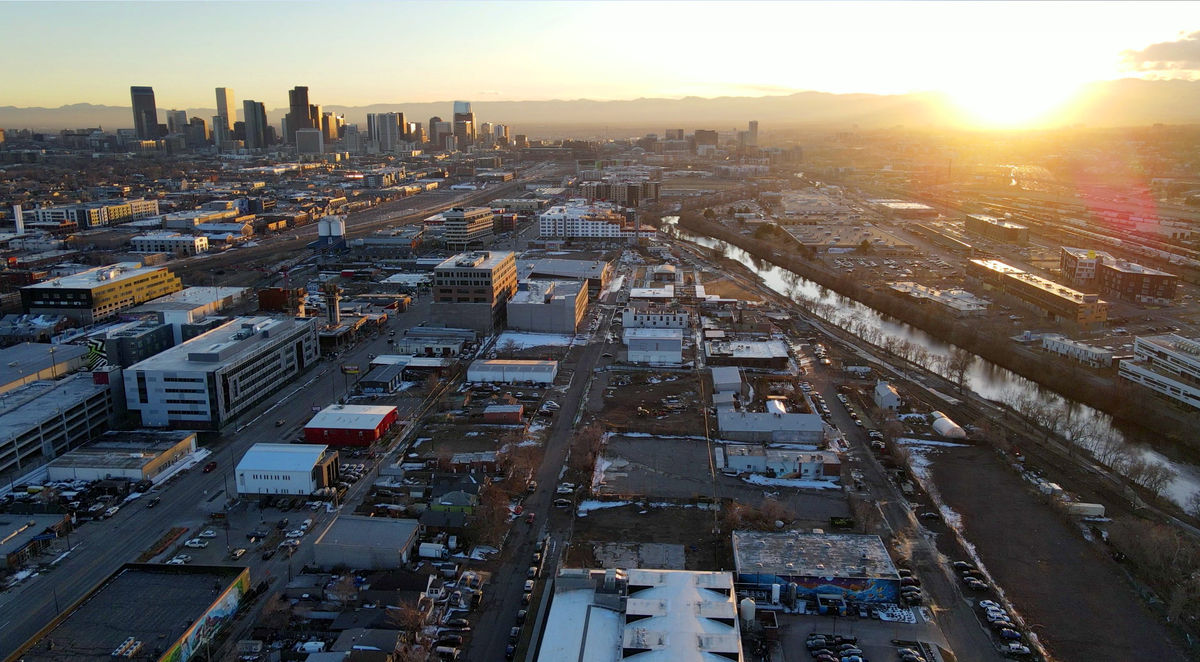 August 2022: Longtime Executive Director and co-founder Tracy Weil will transition to role on Board of Directors

RiNo Art District, a 501(c)(6) nonprofit grassroots arts organization dedicated to fostering a welcoming, creative community where a diversity of artists, residents and businesses thrive, today announced that following a national search, Charity Von Guinness has been selected as the organization’s new Executive Director. RiNo Art District co-founder and longtime Executive Director Tracy Weil will maintain a seat on the District’s Board of Directors.

“We set out to find a visionary leader who would be a champion for the creative community, a steward for thoughtful economic development and a collaborative partner to our members, and we found that and more in Charity,” said Weil. “Her experience in arts advocacy, marketing, nonprofit development and community outreach, along with her passion for promoting equity and belonging made her the ideal candidate for this role, and I’m confident our team and the District are in great hands. I look forward to remaining a part of RiNo’s journey as both a board member and an artist here.”

For nearly 20 years, and largely under Weil's leadership, RiNo Art District has worked to build the infrastructure for a vibrant, inclusive creative district here in Denver, resulting in a world-class destination that attracts over one million visitors annually. The organization has provided paid opportunities and support for hundreds of artists to grow their careers in an uncensored environment while building a financially sound arts organization with significant economic impact. Over the last decade, the organization has expanded to form both a Business Improvement District (BID) and General Improvement District (GID), as well as Keep RiNo Wild, a 501(c)(3) which provides and advocates for permanent, affordable creative spaces to support the local artist community. Most recently, RiNo Art District partnered with the community to open RiNo ArtPark and the adjoining Community Hub, which offers myriad resources including a branch of Denver Public Library, affordable artist studios and a food and beverage incubator.

“Tracy’s collaborative and inclusive approach to the District’s work was inspiring and foundational in my decision to take on this role,” said Von Guinness. “For the last two decades, I’ve been similarly focused on breaking down barriers through advocacy and access to the arts. As this area continues to grow and change, it will be essential to build on that legacy of collaboration to ensure artists and historic neighborhoods remain at the center. I’m excited to work alongside this incredible team, ourmembers and residents of the neighborhoods that encompass the District to ensure RiNo remains a vital hub for artists and a welcoming place for all.”

Von Guinness previously served as the Miami Director and National Advisor for ProjectArt, a nonprofit dedicated to arts education for all through partnerships with Miami Dade County Libraries. During her tenure, she implemented a two-generational approach to engaging families in the creative process, growing attendance and partnerships, diversifying funding and working with unhoused teenagers to provide crucial access to new forms of self-expression and the arts. In 2018, she was named Miami Art Leader by the Miami Foundation for her significant work in improving arts access in the city.

Most recently, Von Guinness served as Director of Development at internationally acclaimed alternative art space Locust Projects, where she worked to provide vital support and resources to artists and increase awareness, funding and access to the arts. She holds a degree in Art History from New York University and received distinguished Certification as a Professional Fundraising Executive.

Von Guinness will officially take the helm in August. Weil will stay on to transition Von Guinness into the role this month and will continue overseeing the inaugural Art RiNo festival, which takes place in the District Sept. 5-11, before moving into his board role.