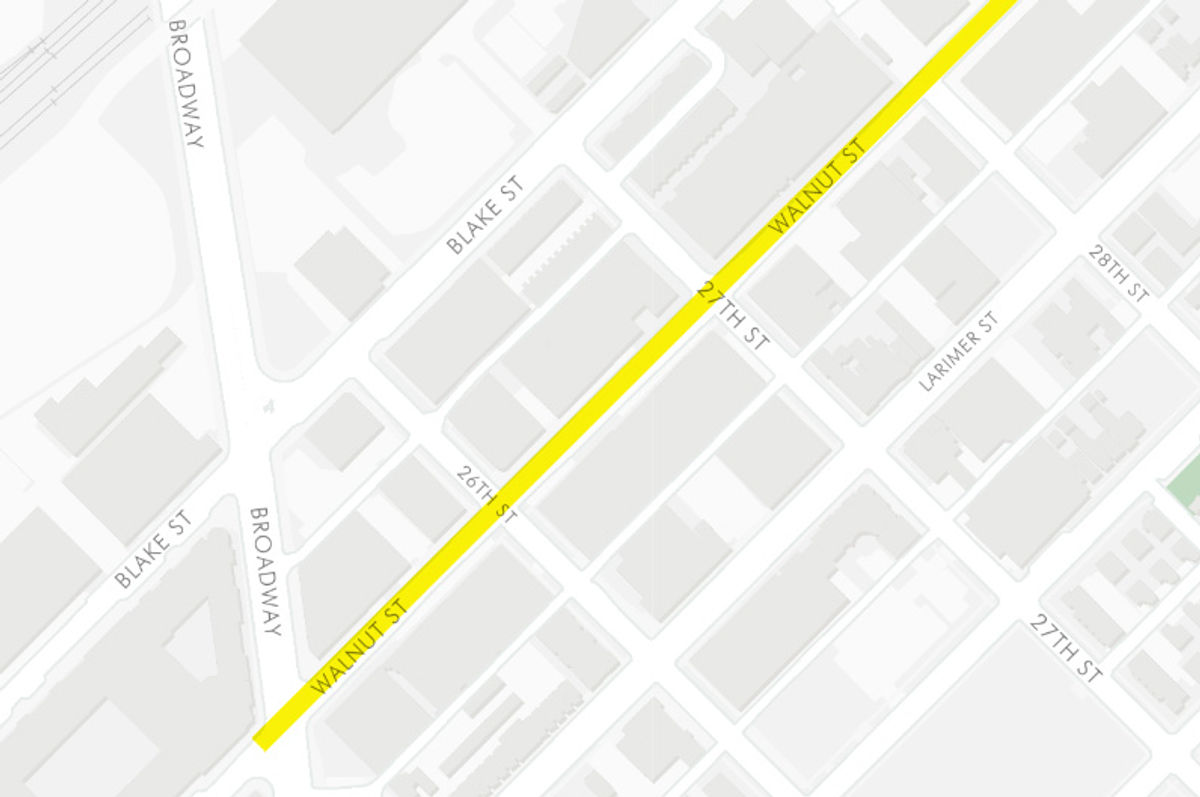 Walnut Street in the RiNo Art District has been identified as a street with good potential for a two-way conversion according to the Northeast Downtown Neighborhood Plan created in 2011. The street has also been identified as an thoroughfare with significant redevelopment opportunities. The district is working towards accelerating this process similar to the Blake Street two-way conversion that was implemented in 2016.

In the Summer of 2017, the City completed temporary pedestrian improvements along the Walnut Street corridor by installing ADA accessibly corners, transitioning from nose-in parking to parallel parking, and creating delineated pedestrian pathways where there were none before.

In Februrary of 2018, the City launched a formal study to convert Walnut to two-way.

Visit the City's website for the most up-to-date information on the study and next steps.