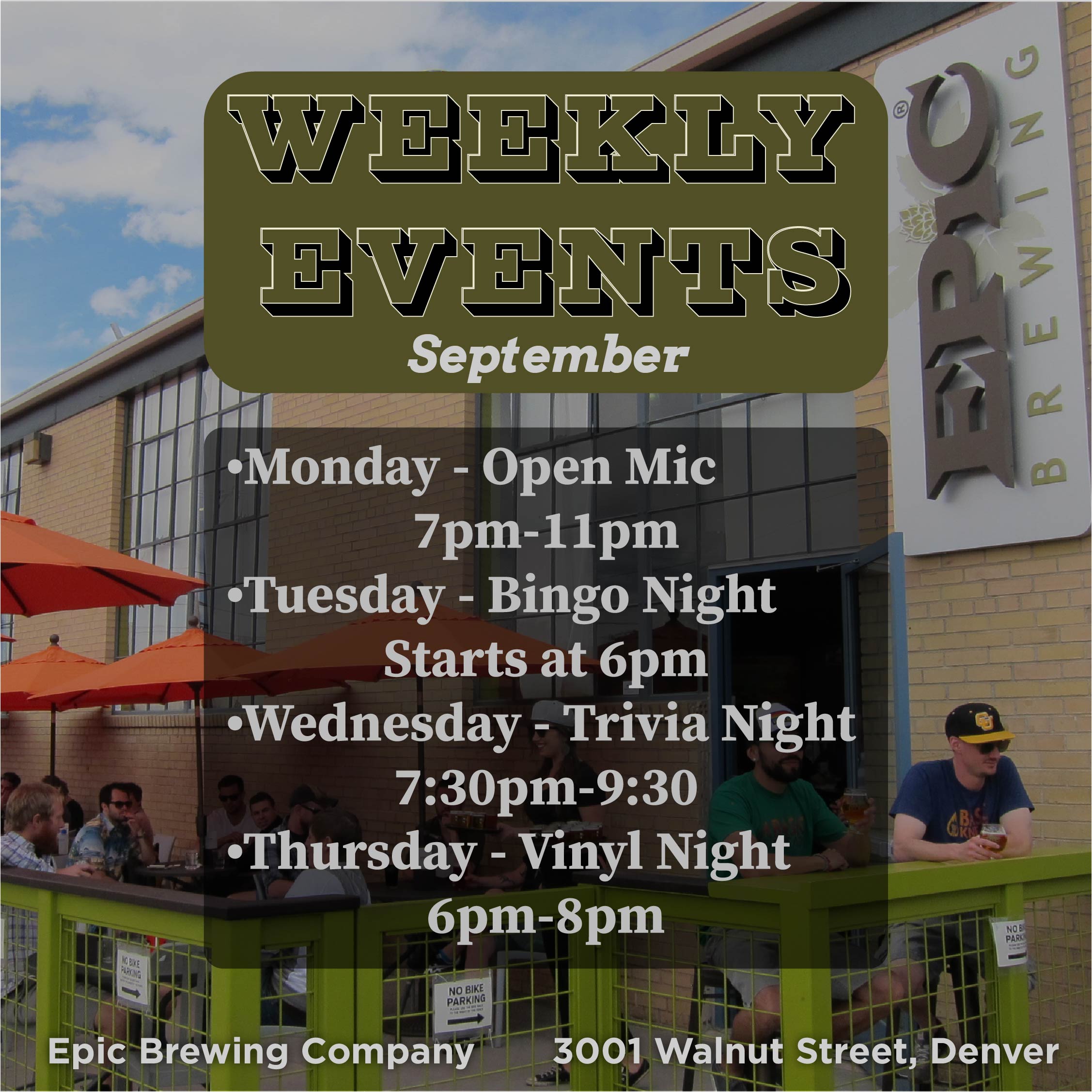 Monday - Open Mic Night
Join us at our taproom on 3001 Walnut on Monday nights for open mic entertainment. Comedy goes from 7-11pm and the in-person sign-up list opens half an hour before the show.

Tuesday - Bingo Night
Join us at our taproom on Tuesdays from 6-8pm to play bingo for a chance to win merch and unreleased beer.

Wednesday - Denver Trivia League
We've partnered with Denver Trivia League to offer trivia every Wednesday from 7:30-9:30pm. Reservations are NOT required, but it is recommended to get here early to snag a table! Socially distanced, contactless pub quiz style. Prizes include beer, gift cards, and more.

Thursday - Live music by Something Vinyl Club
Something Vinyl Club is a DJ who plays and sells records in our taproom every Thursday from 6-8pm. A portion of record sales goes to charity. Come have a beer and listen to live music!

Thursday the 2nd & 16th - Rotating Tap Comedy
Professional comedians put on a show in our taproom. The crew has been featured on HBO, Jimmy Kimmel, Netflix, and more. Get your tickets at rotatingtapcomedy.com