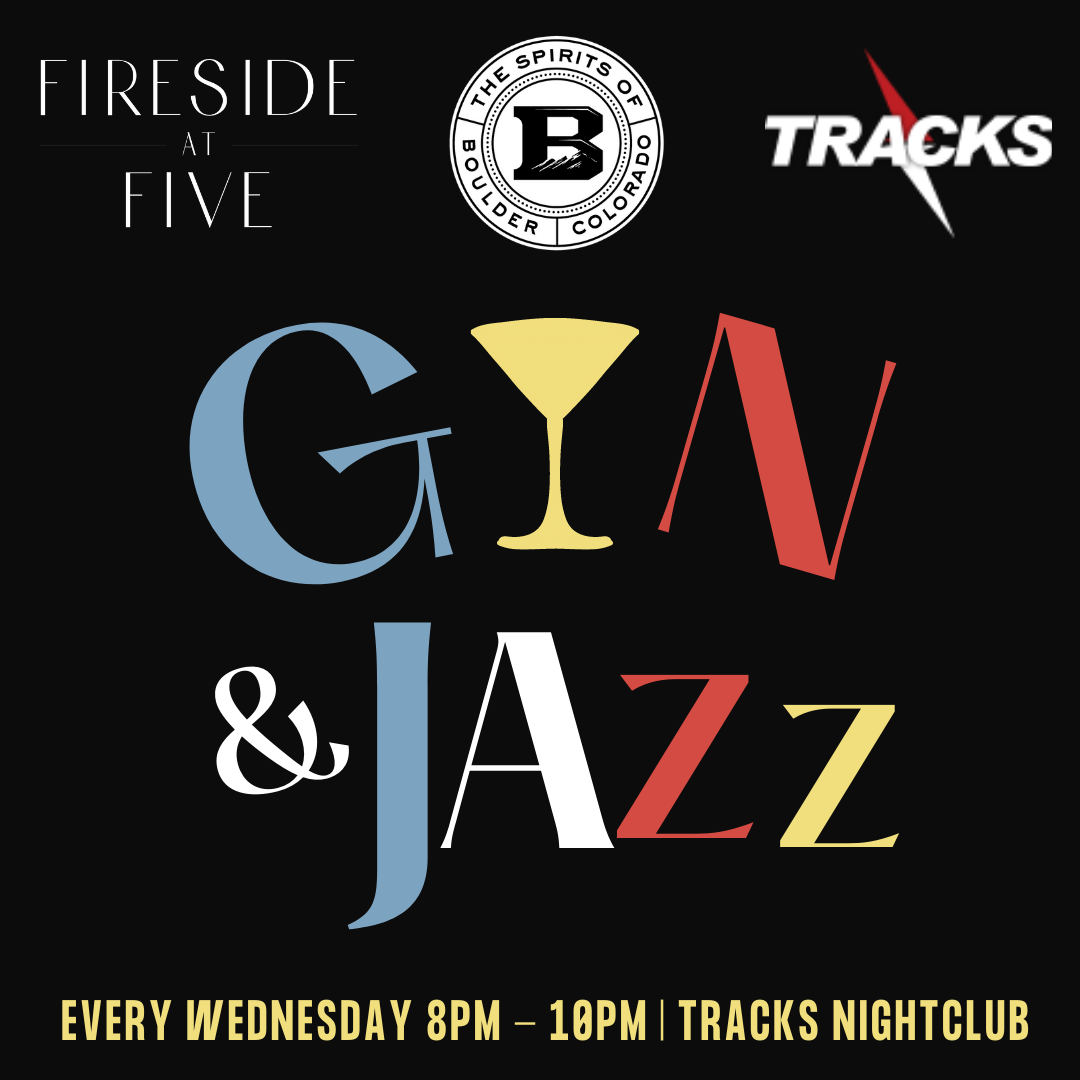 Fireside at Five and Tracks Nightclub announce Gin & Jazz launching March 3rd in the Five Points neighborhood. The community-driven Jazz Series will champion and celebrate artists who embody and carry forth the Five Points jazz legacy in the modern-day Mile High.

There's no doubt that musicians have been some of the most severely impacted by the pandemic and as Tracks Nightclub reopens its doors again, Gin & Jazz is an opportunity to put money back into the pockets of community artists.“Being in the heart of Five Points, Tracks is a family that fights for equity and equality amongst all fronts. It makes sense that we would host something so true to the nature of the heart and soul of our business. Whether it’s a DJ or a piano, music is the energy that unites us,” says Isaac Domingue, General Manager for Tracks Nightclub.

The concept for the series came to Fireside at Five Founder, Gertie Harris, when she was discussing potential activation concepts for Tracks Nightclub’s reopening. “So many people don’t know about Five Points’ incredible jazz legacy as the ‘Harlem of the West.’ We decided that if we were going to do Jazz in Five Points, we were going to do it the right way by honoring and educating about the neighborhood’s storied past. How do you do that in modern day? You talk with the people that were there and you make a concerted effort to book artists from marginalized communities (ie. BIPOC/LGBTQ).” Harris has been working closely with iconic Denver Jazz legend, Purnell Steen, to ensure that everything is authentic and represents the true roots of the Five Points neighborhood.

Purnell Steen has been playing music ever since he was a child and just so happens to be the first cousin of Charles Burrell (the Jackie Robinson of classical music) and five-time, Grammy-Award winner Dianne Reeves. Purnell lived through the height of Jazz in Five Points and got to bear witness to the 50+ nightclubs that once existed. His mission through his jazz ensemble, Purnell Steen & Le Jazz Machine, is “to preserve the sounds of Five Points.” Purnell remembers a time when local players kept things cooking and the Five Points sound emerged. “It was a brand of jazz characterized by red-hot swing and boundless joie de vivre,” Steen recalls.

As Fireside at Five and Tracks Denver launch the Gin & Jazz Series, they’re looking forward to a community partnership with Boulder Spirits, who will be supporting artists throughout March by creating a specialty cocktail menu where a portion of proceeds goes directly to the performing artist that night. The Gin & Jazz Series will kick-off on Wednesday, March 3rd with the soulful-sexy duo, Dzirae Gold performing from 8-10pm. The Series will continue every Wednesday in March (10, 17, 24, 31) and feature notable jazz groups from the local, Denver community.