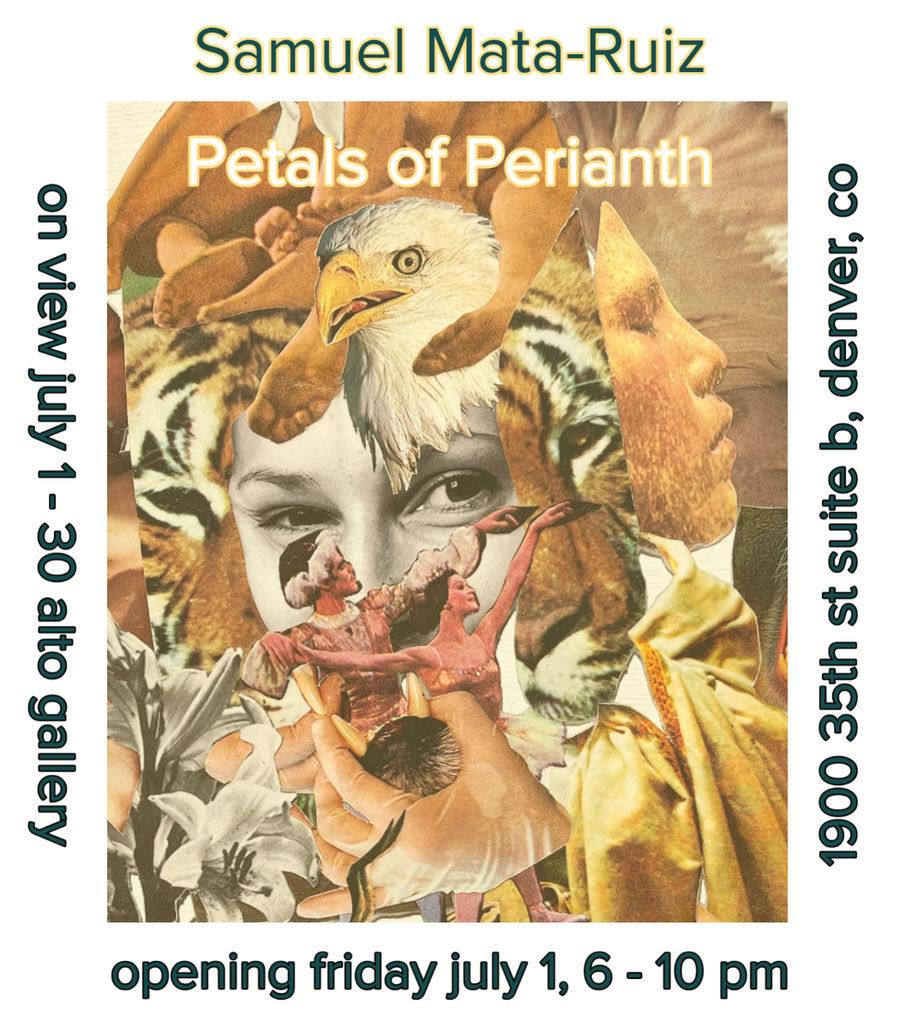 ABOUT PETALS OF PERIANTH

Samuel’s Petals of Perianth collage series opens a dialogue between the conditioned body-ego identity and its kinaesthetic relationship to society by combining archetypal images taken from American printed ephemera such as educational textbooks, news publications, informational pamphlets, and lifestyle magazines. The resulting assemblages are a visual spectacle of tense juxtaposed imagery creating a cognitive polarity awareness. The collages are presented as portraiture personifying elements of deep struggle in primordial beginnings, dualism, and a precarious balance between order and dysfunction. They elicit an emotive dissonance reflecting on a population at odds with itself, dissociated from the natural world, and ultimately drawing into question the individual role we play in this cultural ouroboros with its never ending hunger for the spectacle; whether it be the spectacle of social media, the spectacle of social justice activism or the spectacle of politics.

Samuel Mata Ruiz is from the San Fernando Valley of Los Angeles, CA (born July 29, 1984). He moved to Aurora, CO in the summer of 2002. He attended Rocky Mountain College of Art+Design (RMCAD) receiving a BFA in 2009. Currently, Samuel lives and works in Denver, Colorado.

Samuel Mata is a painter and collage artist whose work explores the multifaceted dynamics of culture, identity, and the corporeal. His collage work is informed by an interest in human interaction with the malleability of an ever-changing world. He draws inspiration from personal experience growing up in a bilingual and multicultural environment with Mexican-immigrant parents.