The Grawlix Saves the World 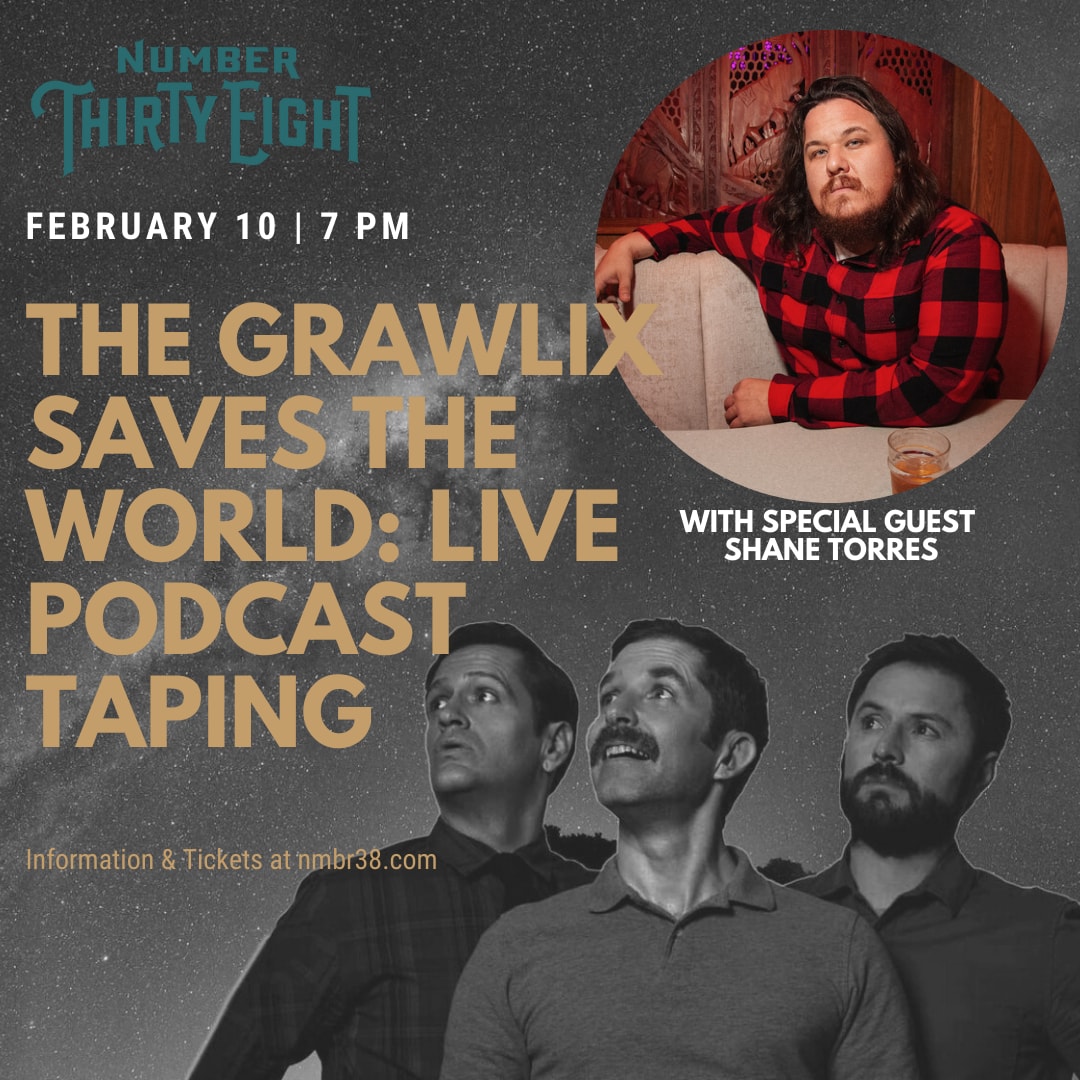 The Grawlix Saves The World is a comedy podcast from Adam Cayton-Holland, Ben Roy, and Andrew Orvedahl. Collectively known as The Grawlix, the trio is best known for creating and starring in the television sitcom 'Those Who Can’t'.⁠

Grab a friend on February 10th and join us for a live taping of the podcast and witness the behind the scenes of the comedic genius that is The Grawlix. Special guest Shane Torres, who has been featured on Conan, NBC, Comedy Central and more will accompany the crew on the Number Thirty Eight stage!⁠